Why do we need hyphens in place-names? 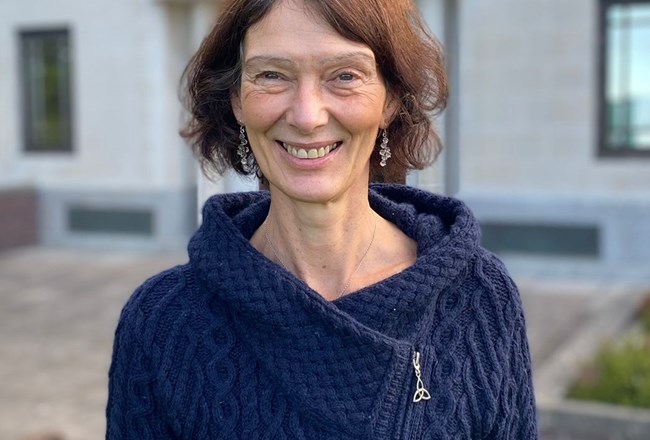 Professor Ann Parry Owen is a member of the Commissioner's Place-names Standardisation Panel. You can see who the other Panel members are here.

Our role as a Place-names Standardisation Panel is to advise – and in particular advise the Welsh Language Commissioner’s officers as they undertake standardisation projects with local authorities and recommend standard forms for them to use.

The Panel follows specific Standardisation Guidelines in formulating its recommendations. Those Guidelines emphasise the importance of following the rules of standard orthography when advising how to spell place-names. In 1967 the University of Wales Press published Rhestr o Enwau Lleoedd / A Gazeteer of Welsh Place-Names, with a brief preface by Elwyn Davies explaining those rules in relation to place-names. This is the foundation of the Commissioner's Guidelines and the List of Standardised Welsh Place-names.

The University of Wales Press’ Gazetteer has been recognised for over half a century as the place to turn to know how to spell place-names, and most of the spelling principles date back to the 1920s and to the work on standardising the orthography of the Welsh language carried out by the Board of Celtic Studies at the time. One only has to turn on the Welsh Newspapers website to see how inconsistent the orthography of Welsh was in the 19th century and how great the need for standardisation was. The principles of the Board of Celtic Studies underpin the way we spell in Welsh today. The spelling patterns of place-names therefore follow the standard spelling patterns of the Welsh language – as seen in action in A Dictionary of the Welsh Language and other standard publications. Nothing is new here. This is the expected standard.

In terms of our work as a Panel, we follow these rules very closely. This is what we use when recommending standard forms for new names, which were not in the previous Gazetteer – so the rules have not changed at all. If we occasionally recommend a different form to that recommended in the Gazetteer or change our recommendation for the spelling of a place-name, there must be a very good reason, and solid evidence, for that. And I can assure you that there are careful and considered discussions before any decision is made to change a previous recommendation (and the change will be fully explained in the notes attached to the name on the Commissioner's website in due course as the new website continues to be developed).

One of the basic principles of the 1967 Gazetteer, and ours today, is that settlement names (cities, towns, villages and hamlets) are usually written as one word. Thus Nantperis is the name of the village in Gwynedd, but Nant Peris is the name of the stream itself which flows through the village, or the name of the valley. The second is a geographical name and spelling it as two separate words shows that clearly to the user. It must be stressed that the names of rivers, streams, mountains, valleys, etc. are not yet included in the Commissioner's List of Standardised Welsh Place Names.

So what about hyphen then?

Nothing has changed here either, and the Panel follows the general rules of the Welsh language. One of the main reasons for having a standard spelling for a place name is to guide people on how to pronounce it. In Welsh the main accent of a word almost always falls on the penultimate syllable: penbleth, ysgol, ysgolion. So, if this main accent is in a different place to what’s expected, a hyphen can provide useful guidance on how a word is supposed to be pronounced correctly.

Let’s take Penyberth (pen + y + berth) and Pen-y-bont (pen + y + bont). The former is written as one word, and accented in the usual manner, with the main accent of the word on the penultimate syllable: Penýberth. As for the second, the main accent on the last syllable is contrary to the norm, and the hyphens indicate that. There is a Llysfaen in Conwy (the accent on Llys) but a Llys-faen (Lisvane) in Cardiff (and the accent on faen). This is the principle behind forms such as Aber-porth, Bryn-glas, Pentre-cwrt, Tre-saith and so on.

This is also the rule found in Welsh in general – and which helps us distinguish, for example, between di-flas (tasteless), for food that lacks taste, and diflas (boring) for something that is uninteresting to the extreme. There is a difference of meaning between the forms, and so the hyphen does an important job in distinguishing, just as it distinguishes in place-names.

However, some nationally established names, such as Caerdydd, Llanrwst and Pontypridd, are considered exceptions to the rule. The original Panel's view was that these names were so famous that confusion was unlikely. But these exceptions are few and far between. Of course, everyone knows perfectly well how to pronounce their own local place-names – and so it's perfectly natural to feel that the hyphen is unnecessary. But we must remember that it is there to guide pronunciation for everyone – to inform someone from Llysfaen in Gwynedd that Llys-faen in Cardiff is pronounced differently.

This is a superficial summary, of course ͏– but I hope it is useful to emphasise the logic and principles that the Panel follows. There is a lot of thought behind the decisions being made by the Panel today, as by our predecessors. Orthography in general is a tricky area – but Welsh orthography is not half as tricky as the orthography of our friends across the border in England, where the actual pronunciation of some names, such as Leominster, Frome and Bicester can be surprising. Welsh orthography, on the other hand, offers sound guidance on how to pronounce a place-name, and this is certainly helpful for learners, schoolchildren, as well as for visitors from other parts of Wales who are not necessarily familiar with the correct pronunciation of a particular place-name.

The question to ask is, where would we be if we didn't have a standard list like that of the Commissioner’s? In England, people often consider the recognised standard to be the spelling on Ordnance Survey maps, or what is seen on a sign. That wouldn't work in Wales – there is absolutely no consistency from one map to another, or from one sign to another even. It's a big plus that people have one source to turn to for a solid answer on how to spell a place-name. The Welsh Language Commissioner’s List of Standardised Welsh Place-names is a live list that is constantly updated. We are very fortunate that we have such a strong infrastructure for our use of the Welsh language and that organisations in Wales have recognised the need to invest in it.