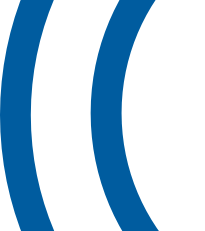 Gareth lectured at the Welsh department of North Wales University College, Bangor, between 1971 and 1975. He spent the rest of his career as editor of Geiriadur Prifysgol Cymru (A dictionary of the Welsh Language) where he advised the Ordnance Survey on Welsh place-names on behalf of the University of Wales’ Board of Celtic Studies. After retiring he became an editorial consultant for the dictionary, before becoming a consulting editor. Gareth was a member of the Welsh Language Board’s Terminology Standardisation Team and Place-name Standardisation Team.

Angharad has been interested in the field of place-names since her college days and went on to study for a doctorate on the place-names of the northern cantref of Buellt. She is now senior editor of Geiriadur Prifysgol Cymru (A dictionary of the Welsh language) and is a founder and secretary of the Welsh Place-names Society.

Before his retirement, Hywel was director of the Place-name Research Centre at Bangor University. He is especially interested in place-names that demonstrate the influence of both Welsh and English on each other and he is author of many books that trace the origins and meanings of place-names. Amongst his most noted publications is Dictionary of the Place-Names of Wales jointly with Richard Morgan (Gwasg Gomer, 2007 and reprinted in 2008). Hywel is one of the founders of the Welsh Place-names Society, he is honorary vice-president of the English Place-name Society and former president of the Society for Name Studies in Britain and Ireland.

Geraint is the Government Translation Service’s terminologist and is responsible for developing their internal processes for terminology standardisation. He has been involved in the work of standardising place-names since 2002, representing the Welsh Government on the Welsh Language Commissioner’s Place-name Standardisation Panel, and prior to that the Welsh Language Board’s Place-name Standardisation Team. Geraint provides comments and expertise on behalf of a national institution that is one of the main users of place-names in both languages.

Ann is a member of staff at the Centre for Advanced Welsh and Celtic Studies where she has contributed to many research projects relating to medieval Welsh poetry. Ann is the general editor of the Beirdd yr Uchelwyr (Poets of the Nobility) Series and of the Guto'r Glyn website. She is also a senior editor of Geiriadur Prifysgol Cymru (A dictionary of the Welsh language), the editor of the Welsh Place-name Society Bulletin and a member of that society’s committee. Ann specializes in Welsh language and grammar as well as medieval Welsh poetry and has been made a fellow of The Learned Society of Wales.