Celebrating and learning lessons: the position of the Welsh language between two censuses 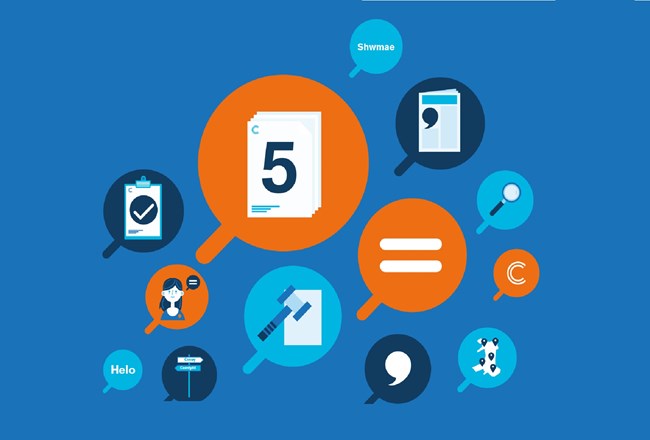 A new report on the position of the Welsh language in Wales is published today by the Welsh Language Commissioner. The report illustrates the state of the language and the experiences of Welsh speakers by focusing on the most significant developments to have affected them over the past five years.

These developments include introducing new rights to use the language and adopting a target of a million Welsh speakers by 2050. The report presents the Commissioner’s impressions and conclusions across policy areas that affect Welsh speakers. The Commissioner's first podcast will also be published to accompany the report in which Aled Roberts shares his main findings and his hopes for the next five years.

The Commissioner acknowledges the efforts made by organisations and societies to increase the use of Welsh in everyday lives and within workplaces. This increase is a reason to be hopeful about the future of the language in some areas. However, he also highlights the weaknesses and the need to develop and improve over the next few years. Aled Roberts said: 'There are a number of areas where there has been insufficient progress, where opportunities have been missed, or where the Welsh language has not received fair and due consideration. I draw attention to these areas in the report and come to conclusions that will need to be considered by policy makers in Wales.’

One significant development addressed in the report is the introduction of new rights to use the Welsh language. There are now 123 organisations operating Welsh language standards, including health service organisations, universities and colleges, police forces and county councils. Five years after they were first introduced, the report gathers data about their influence.

Aled Roberts says: 'Evidence in the report shows that there are more opportunities to use Welsh since the standards were introduced. I want to see standards extended across the public sector so that Welsh speakers have more rights to receive services in their language, and that more opportunities arise to use the language in the workplace and beyond.'

Achieving the goal of a million Welsh speakers depends very much on the ability of the education system to create new speakers. The report includes data about the education system, and conclusions about the need to transform the current system. Currently, 22% of primary age children attend Welsh-medium education. The aim is to increase this percentage to 40% by 2050. There is also a target to ensure that 50% of pupils in English-medium schools become Welsh speakers by 2050.

‘A revolution is needed in the education sector, or the vision of a million Welsh speakers will fail,' said Aled Roberts. 'Currently, there are not enough teachers. Much more needs to be done to attract Welsh speakers into the profession, and to develop the Welsh language skills of those teaching through the medium of English.'

The report also highlights the Commissioner's early impressions about the effects of Brexit and COVID-19 on the Welsh language. The language has not been a central consideration in the recovery plans, and the Commissioner warns that this may have a long-term impact on the future of the language.